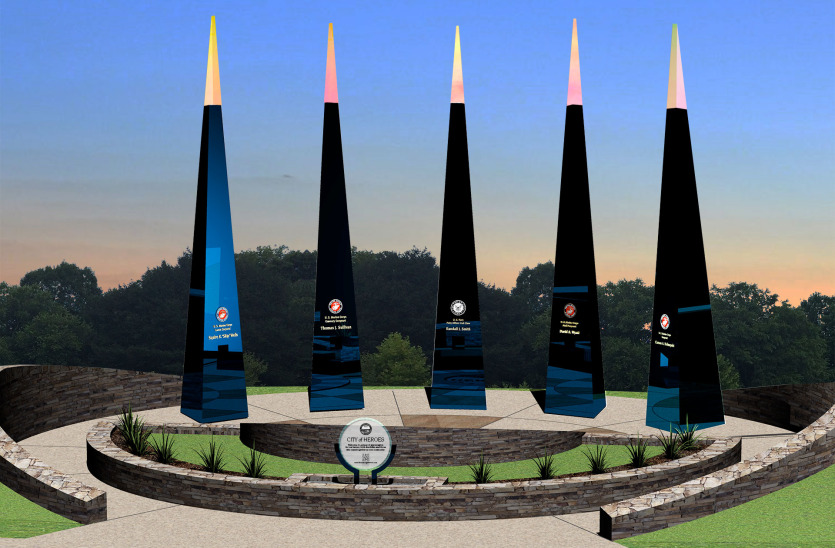 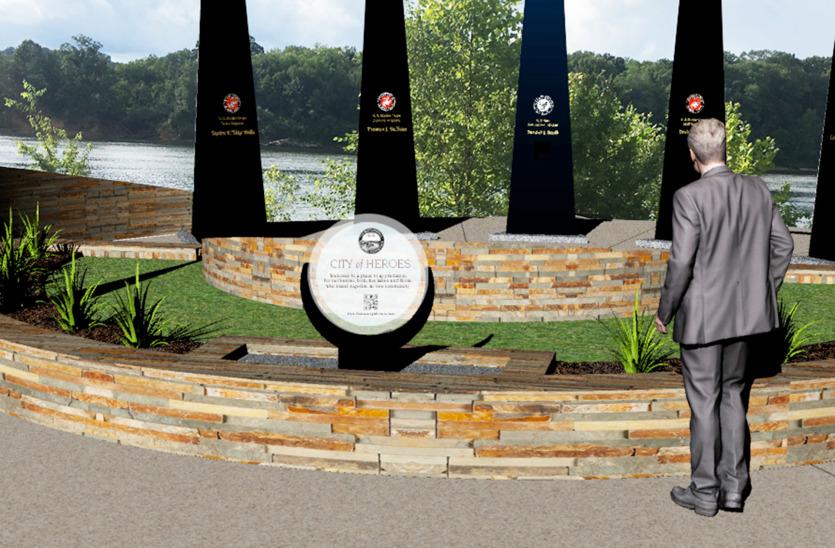 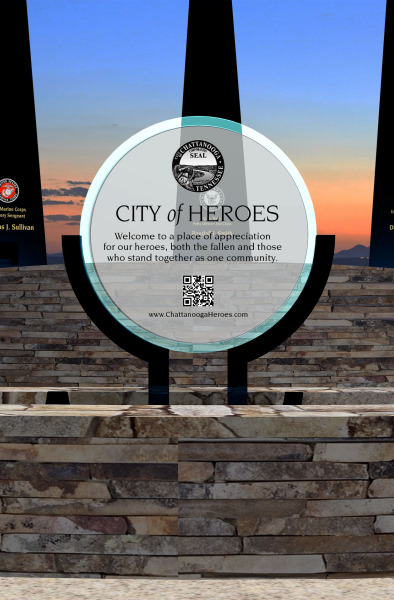 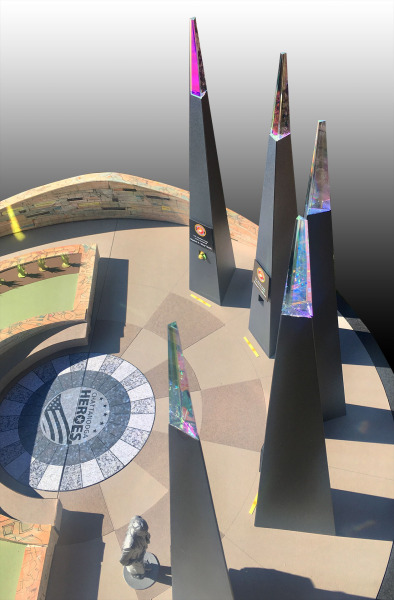 On July 16, 2015, in a terrorist attack in Chattanooga, TN, five service members were killed. It was the first attack on US soil since 9/11. As a result, Chattanoogans from every walk of life contributed their time, their money, their actions. A fund was created to build a sculpture in the park next to the Marine/Navy facility where one of the shootings took place. Howard and I were asked to submit a proposal to memorialize those five men, and became one of three finalists. We are proud to have presented City of Heroes, honoring the men, their families and the citizens who also gave of their hearts. "Welcome to a Place of Appreciation for Our Heroes. Those Who Have Fallen and Those Who Stand Together as One Community."The proposal included 5 spires topped with dichroic glass and dedicated to the Fallen Five, a reflection area, bronze plaques with "Love Letters" gathered from mourners. The park was to be built of Tennessee stacked-stone, steel, glass, bronze and more.
Our proposal received the very highest accolades and most votes from Chattanooga's citizens, but was not selected for completion.